If you’ve been in a wreck insurance coverage can be up in the air and confusing. However, your injuries shouldn’t wait. Dr. Haddad is offering a free consultation because getting seen sooner is better than later!

Spokane Spine Center never needs a referral or prior approval to see you after a car accident and we can often schedule you for a same day appointment. Our staff is trained in insurance processing and can take the hassle out of the paperwork. Simply call for an appointment, bring in any insurance forms and our staff will examine your complaints, order any required imaging studies (X-ray, MRI), determine the best course of action, and issue any necessary work releases or light duty orders.

For those who do not have coverage, it may be possible to obtain care at no out-of-pocket cost. Spokane Spine Center will work with your attorney or third party claim which often allows us to provide the services you need when you need them.

While some of these symptoms may seem mild at first, if gone untreated, they can threaten your ability to work, play, and enjoy your life.

Low back injuries are common as well, and may be exemplified if the seat back or cushion were broken during impact. Due to the many variables involved in a car accident, (body position, angle of impact, etc.) a collection of seemingly unrelated symptoms can arise.

Many patients feel fine at the scene and were surprised are several days later they began to feel pain. It takes the body up to 72 hours to develop a typical inflammatory response. This inflammation commonly manifests as pain, swelling, and loss of motion. It may take up to a week before the majority of symptoms are present. It is not unusual for patients to remark that for the first couple days they had only neck pain. By the fifth day, they had developed low back pain that was even worse… 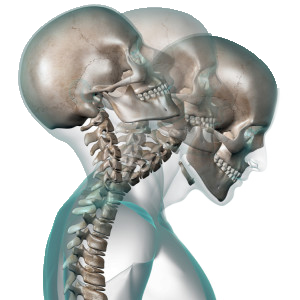